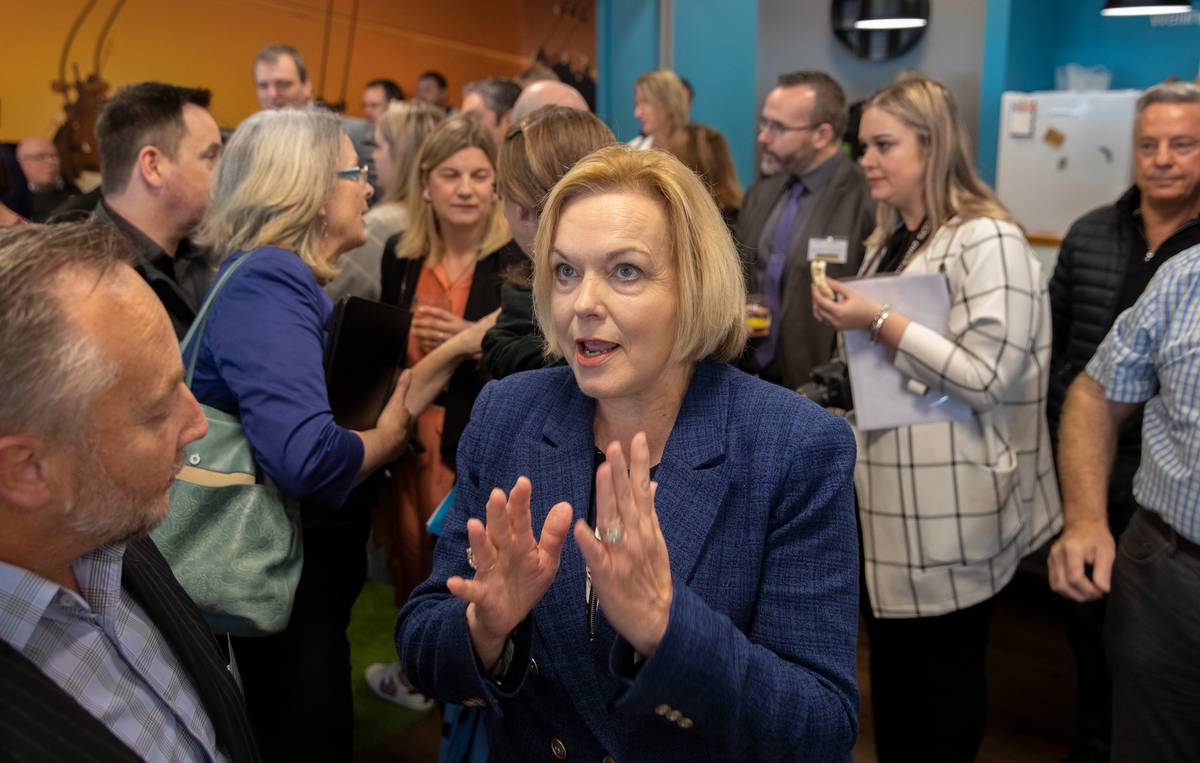 The biggest problem with Wellington’s transport is that nothing has been done for decades so now a whole lot has to be done.

National Party leader Judith Collins rightfully pointed out at her Wellington transport policy announcement today that for the past decade the city has been going backwards.

While the rest of the country was working with central Government to unlock investment in new expressways and high-quality public transport, Wellington City got nothing.

It found itself in a Basin Reserve Flyover wrangle that most people would rather forget.

But Transport Minister Phil Twyford is just as right to point out the flyover debacle happened under a National Government.

National started the Let’s Get Wellington Moving transport package process after the flyover was put to bed, but it only really came to fruition under the current Government.

The biggest point of contention has been when a second Mt Victoria Tunnel should be built – now, or in a decade?

You’d be forgiven for thinking the current Government wasn’t planning on building a second tunnel at all, considering how many headlines National has got out the issue in the last year.

But the tunnel is a part of Let’s Get Wellington Moving, it’s just not going to be built until the end of the decade in the current $6.4 billion plan.

“There’s no delay, our Government has committed and fully funded a second Mt Victoria Tunnel unlike the former National Government who for nine years did nothing in Wellington apart from trying to impose a giant concrete flyover on Wellingtonians and they failed at that”, Twyford said in the House today.

But it’s not just about the one tunnel anymore, National has now turned it into an election battle over three.

After decades of nothing, Wellington’s transport infrastructure appears to have turned into somewhat of a lolly scramble.

National’s promise for Wellington City is very road heavy- the party is going to fast-track the construction of a second Mt Victoria Tunnel, duplicate the Terrace Tunnel and trench the Inner City Bypass.

Those three projects alone amount to about $2b.

Collins likes tunnels, when asked today how many of them she has announced as part of the party’s $31b infrastructure package she replied: “Not enough”.

She said cutting through mountains was a lot safer for people and saved time.

“Time is money”, she added.

This massive spend-up is set in the context of the Terrace Tunnel being the last significant investment in the city’s transport network of such scale. That was back in 1978.

But roads are not a silver bullet.

The region’s population is expected to grow by up to 80,000 more people over the next 30 years.

If they all drove cars, the city would be in gridlock with or without doubling the tunnels.

When the current Government announced the Let’s Get Wellington Moving package in May last year it didn’t champion roads, it put mass rapid transit front and centre.

The Greens flexed over the package with the chance to finally secure light rail for Wellington after campaigning on it since the 1990s.

Associate Transport Minister and Green Party spokeswoman Julie Anne Genter sent a secret letter to Twyford saying she would support the package if rapid transit was prioritised ahead of a second Mt Victoria Tunnel.

When the package was finally announced the tunnel was very much on the back burner and a second Terrace Tunnel and trenching Karo Drive were nowhere to be seen, much like a copy of that letter.

In response to National’s transport announcement today Genter said car lanes and tunnels were a recipe for more cars, congestion, and carbon pollution in the city.

“Transformational change for Wellington looks like fast light rail moving thousands of people from the eastern and southern suburbs, fast bus lanes connecting all suburbs, and more frequent trains from the north, she said.

“Making public transport the fastest, easiest option will take cars off the road and make driving around Wellington easier for those who need to.”

Collins on the other hand is skeptical of light rail and is more keen on bus rapid transit because it could be deployed more quickly and flexibly.

Twyford has gone to great lengths to make the argument that only a balanced approach of integrating motorways, public transport, walking, cycling and rapid transit, would provide a lasting solution to congestion.

The Ministry of Transport has projected that trenching Karo Drive and doubling the Terrace Tunnel alone would cost $1.8 billion, he said.

Twyford said the Government has committed the most it can without putting Wellington’s transport costs onto other regions or making cuts to projects around the country.

“The National Party have not explained how they will fund these projects and need to front up with what they will cut.”

He said the Government was committed to building a second Mt Victoria Tunnel and the Let’s Get Wellington Moving partners would have an evidence-based discussion on the sequencing after the business cases are completed early next year.

But National’s transport spokesman Chris Bishop said the $31b package was fully funded.

The biggest risk to Wellington’s transport dilemma is Let’s Get Wellington Moving becoming a political football generating more of the same, which is nothing.

The name “Let’s Get Wellington Moving” is already made fun of as it is, but at least National and Labour both agree on the projects already agreed in the $6.4b package.

This election the test will be how much Wellingtonians feel they’ve missed out on over the years and how much they want to claw back.