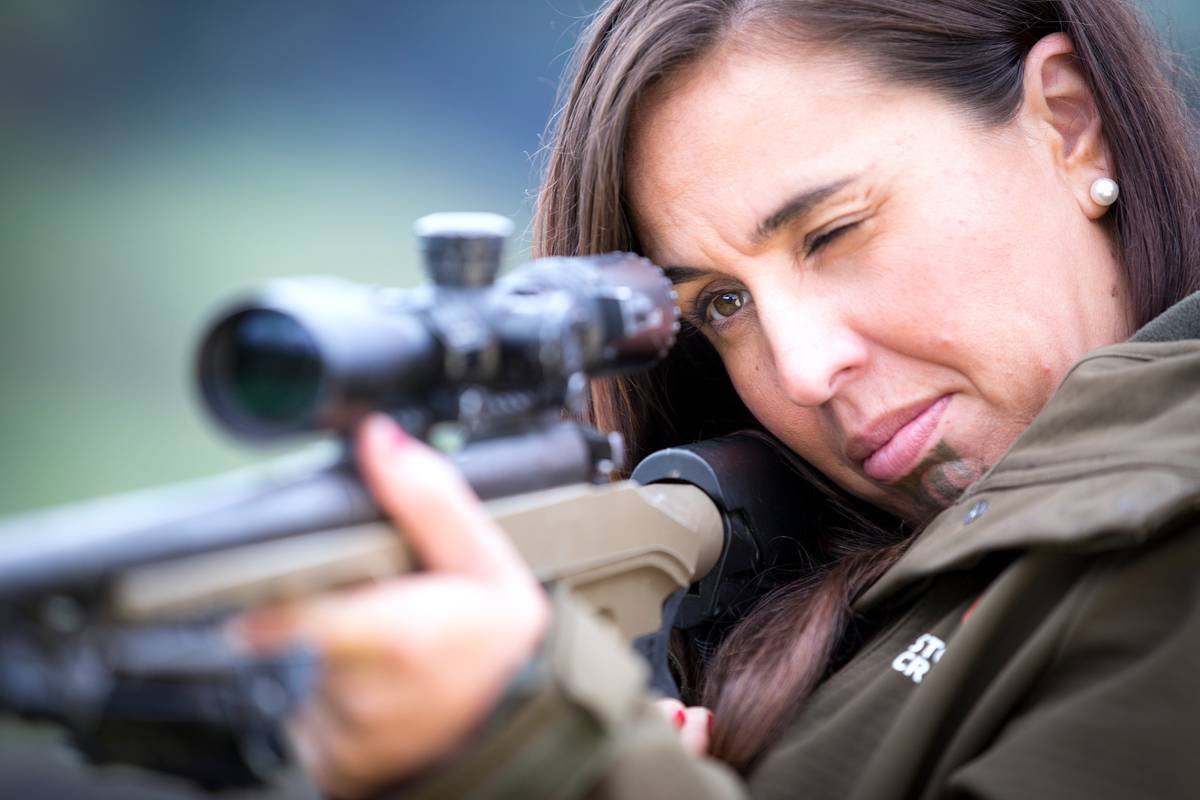 Greg Bruce went hunting with Pania Tepaiho-Marsh and found her doing far more than just shooting animals. This is an excerpt from the beginning of his Herald Premium story.

On a cold Wednesday morning in early August in Tokomaru, population 552, six women gathered around the back of a ute belonging to Pania Tepaiho-Marsh. In the thick dirt of the rear window, someone had written “Wahine Toa Hunting”. The women were introduced, they hugged, they talked and they laughed loudly. Then they were driven to a nearby farm to learn how to shoot.

A .308 rifle is a large and violent firearm. Even fitted with a suppressor, as Pania Tepaiho-Marsh’s were, the sound is intimidating and the kick potentially injurious. Unimpeded, a round from a .308 can travel several kilometres. The women were understandably nervous. The first woman lay down and picked up the gun, then said, “Can someone who’s fired a gun before go first?”

One by one, the women lay down with the rifle and shot two rounds at some cans in front of some white plastic sheets 50 metres or so away. The cans were destroyed, the white plastic was torn to shreds, dirt from the bank behind the target was flung into the air and rained down around them. One by one, the women literally jumped up and down, whooping, laughing, hugging, swearing. The change in them was immediate and it was physical.

She had predicted this too: “Once they shoot the rifle, such a heavy calibre, their mauri and their mana – because a lot of them are coming to me and they’re quite lost – once they shoot that rifle and they know they can handle it and that power behind it, and that they can control such power in such an elegant way, their mauri is just: ‘Boof’ They turn into Tupac.”

To one of the women, who couldn’t stop smiling, Tepaiho-Marsh said: “How do you feel now? Like a f***** boss bitch?”
The woman replied: “There’s not enough words in any dictionary to emphasise how f***** mean that was.”

“It’s not hunting,” Tepaiho-Marsh says, “It’s just building these women’s mana back up.”

Wahine Warrior launches on Saturday 15 August as part of the 2020 Loading Docs collection and can be viewed online via nzherald.co.nz/loadingdocs and www.loadingdocs.net