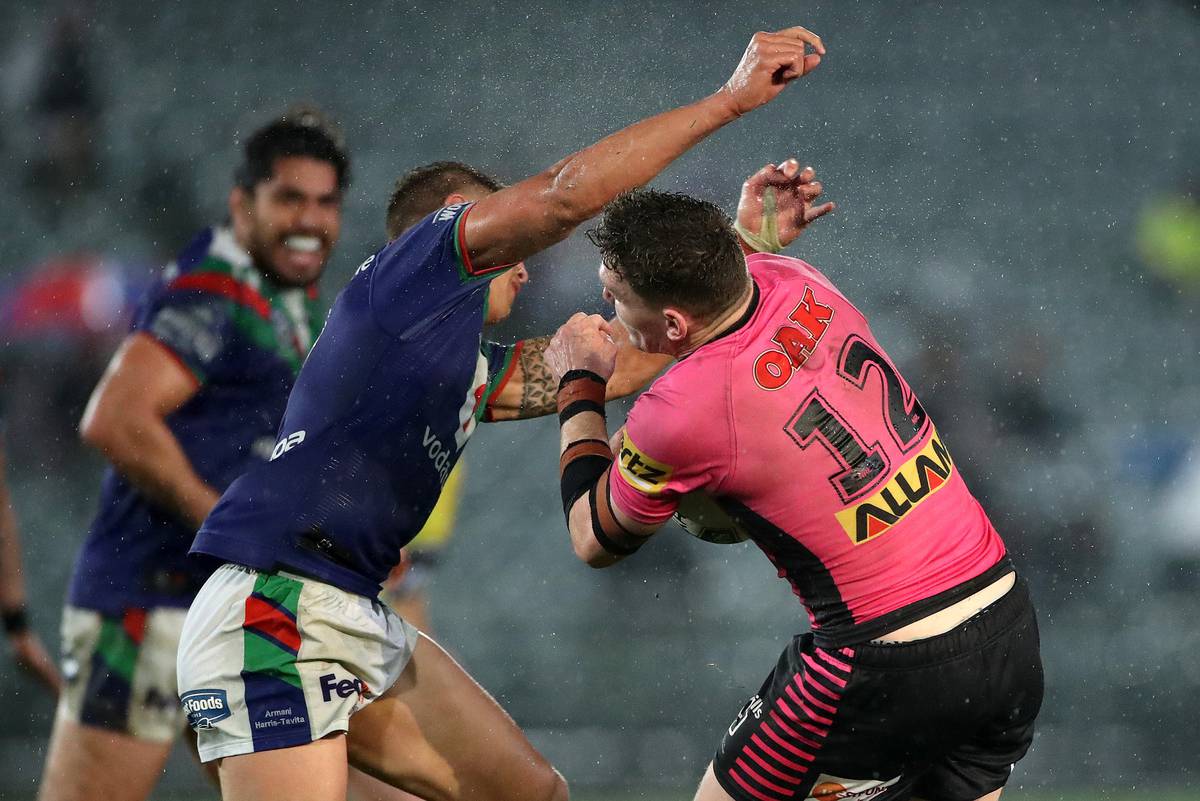 Don’t be surprised if you see a resurgence of faith in the weeks ahead.

As soon as the Warriors were forced to shift across the Tasman for the season, many wrote them off as simply doing their part to make up the numbers. To be fair, there was little in the first few weeks of the restarted competition to show otherwise.

Now, after their performance against the competition-leading Penrith Panthers tonight, the Warriors are making believers out of everyone.

It will be unsurprising to many to read the Warriors fell short against the Panthers, but the 18-12 score and how the Warriors performed showed they’re well and truly capable of making a late run.

Coming into the game, the Panthers had won 11 and lost just one match this year. During their campaign, they’ve averaged 26 points and conceded an average of 14.

Given they had more than 60 per cent of the possession and spent plenty of that time inside Warriors territory, it was an impressive defensive effort from a Warriors side who have the third-worst points differential in the competition. And they had their chances to at least draw within two points of the Panthers late, with chances down both edges going begging.

A look at the stats from the opening half hour painted the picture. The Panthers completed their opening 24 sets and forced dropouts at will – halfback Nathan Cleary had the ball on a string all night – as they enjoyed more than 70 per cent of the early ball. In the same time the Panthers had 24 sets, the Warriors had fewer than 10.

In that period, the Panthers took advantage of two Warriors mistakes to build a 10-0 lead. Penrith wing Brent Naden opened the scoring after his Warriors opposite George Jennings rushed out of the defensive line to break up a Cleary pass, only to see it float over his head to the unmarked Naden.

The second saw Warriors prop Lachlan Burr in possession on the final play of the set. He tried to offload to a back but instead found Penrith speedster and rookie of the year frontrunner Stephen Crichton, who bolted down field. He was stopped, but the Panthers crossed through hooker Apisai Koroisau just moments later.

The Panthers crossed again through fullback Dylan Edwards as the clock ticked over the half hour mark, and at 16-0 it looked ugly for the Warriors.

However, with their backs to the wall all half, the Warriors got on the board with the final play of the half when a pinpoint Chanel Harris-Tavita kick was gathered in by fullback Roger Tuivasa-Sheck, who did well to get the ball to the line.

The Warriors were the first to cross in the second half, when after a 20-minute stalemate winger Patrick Herbert went over out wide.

Smothering the Panthers attack for the majority of the game, the Warriors were given the ultimate nod of respect by the visitors when they opted to take a penalty goal to push their lead out a touch in terrific field position.

It was the only points the Panthers scored in the second half, and the final act on the scoreboard, as the Panthers held off the Warriors for their ninth win in a row.

An enthralling match, the showcase was dimmed by alleged racial abuse during the first half in the direction of Naden. A handful of fans were subsequently escorted from the venue.