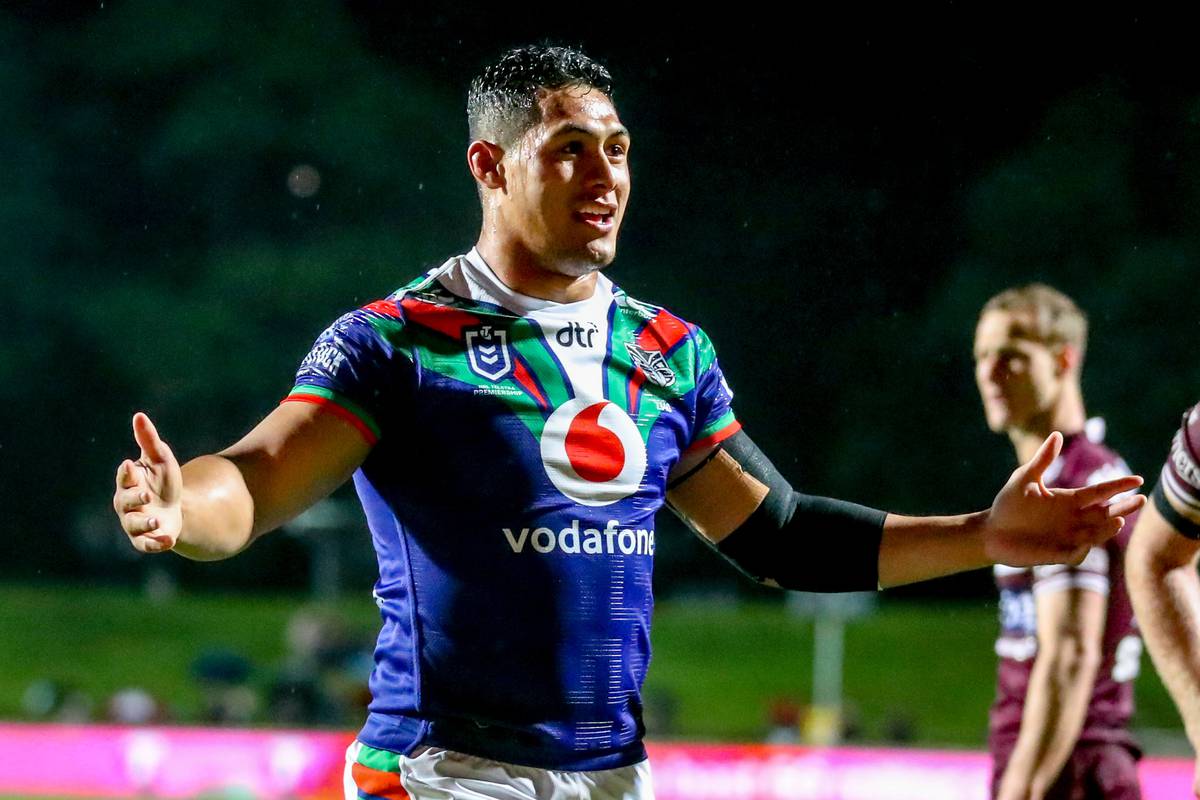 The New Zealand Warriors have been quick to deny sensational reports of a potential cross-code switch for star skipper Roger Tuivasa-Sheck.

Reports surfaced out of the Daily Telegraph in Australia saying Tuivasa-Sheck, along with teammate Tohu Harris, are reconsidering their futures, with the former even tossing up a switch to rugby union. The Blues in Super Rugby have been linked with the 27-year-old, as well as other NRL clubs.

Tuivasa-Sheck and Harris are reportedly concerned about the team’s location for the 2021 NRL campaign, which could be outside of New Zealand once again if the coronavirus pandemic remains a deciding factor in the scheduling of sport.

The Telegraph reported they would only consider leaving if the club is unable to return to Auckland, writing that if the Warriors are again forced to base themselves in Australia, it could even lead to players attempting to question the validity of their contracts, as players are unwilling to spend another season away from their families.

However, Harris said Tuivasa-Sheck denied that he was in talks with the Blues, who for their part had a spokeperson tell the Herald they had no knowledge of any discussions with the 2018 Dally M winner.

“Rog addressed it with the group, [saying] ‘don’t believe the things that are written’,” said Harris.

“He’s fully focused on this year. His family are still back in Auckland and I feel for him. It’s been really hard for him to be away from his family, but he’s still focusing day by day and bringing energy to the group. He wants everyone to be focusing on this week against the Panthers, it’s a big test for us.

“He addressed it head on and squashed it. We seem to be running into something coming out every week, so we’re just dealing with things as they come.”

For his part, Harris said he was baffled as to the origins of the report.

Rugby league legend and soon-to-be Warriors consultant Phil Gould also told Newstalk ZB’s Si and Phil he has no knowledge of any movements regarding Tuivasa-Sheck.

“No one’s rung me to brief me on that. I’ve only seen media reports. I think if it was a major issue someone might’ve called but as yet no one’s spoken to me about it.”

Gould is yet to take up his role at the Warriors as a consultant, but believes if the rumours had validity he would have been contacted by the club.

Gould has high praise for the fullback, who he is hoping to work closely with next season.

“I’m sure he gets interest from cross codes and other teams all the time, he’s a valuable player.

“When you consider the fellas that are playing fullback – the number of times they take high balls and are immediately crunched in tackles, blindsided by tackles – they’re the tough ones, the ones that keep playing week in week out. With Roger’s run metres the way he plays and his consistency, they’re tough.

“There are some that are really special.”

Tuivasa-Sheck does have a history albeit minimal with the Blues, playing for their youth side in 2011. He later represented the New Zealand schoolboys’ team, before committing his future to the Sydney Roosters.

Tuivasa-Sheck has two years remaining on his $1 million-a-year deal, while Harris has one year left on a $700,000 deal.