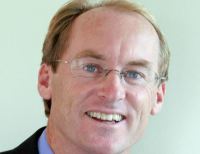 It’s not just that they believe that some of the reforms contained in the Residential Tenancies Amendment Bill skew the relationship in favour of tenants and erode the rights of landlords.

It’s also that many feel the Government has maintained an anti-landlord stance – and not listened to their feedback or taken it into account – since the proposed reforms were first announced two years ago.

That feeling was given added emphasis by the fact that Associate Housing Minister Kris Faafoi threw an additional, unannounced supplementary order paper into the mix at the last minute.

The SOP introduced further reforms intended to provide greater support for victims of family violence, additional protection for landlords assaulted by tenants, and to bring the timeframe for limiting rent increases to once a year forward.

But there was no time left for any sort of response. The Government’s determination to ensure the reforms were passed before the election meant the Bill was debated under urgency this week, Parliament’s last sitting week.

While landlord advocates waged a long, hard campaign against the proposed reforms, holding out hope till the last that NZ First might vote against its coalition partners, that did not happen.

Despite expressing reservations about the reforms, NZ First voted to pass the Bill and it made it through its second and third readings unscathed, with 63 (Labour, Green and NZ First) MPs in favour and 55 (National and ACT) against.

That means it will now no longer be possible for landlords to issue 90-day “no cause” termination notices and fixed term tenancies will automatically rollover to periodic tenancies on expiry unless otherwise agreed.

Rent bidding has been outlawed, rent increases have been limited to once a year (as opposed to every six months), and landlords are required to allow tenants to make minor alterations to a rental property such as baby-proofing, hanging pictures, and earthquake proofing.

Provisions to improve compliance have also been introduced.

The Ministry of Business, Innovation and Employment has new tools to deal with people who are not meeting their obligations and the Tenancy Tribunal can now award compensation or order work to be done up to $100,000 (up from $50,000).

These are big changes. In fact, they constitute the most significant overhaul of tenancy law since 1986 and landlord advocates are not happy about them.

NZ Property Investors Federation president Andrew King says the passing of the reforms, which he describes as outrageous, was a sad day for landlords – and tenants.

He says the Government has completely disregarded all the feedback provided to them by property professionals to go ahead and do what they wanted in the name of providing greater security of tenure for tenants.

“Getting rid of ‘no cause’ termination notices will give security of tenure to the small number of anti-social tenants – about 3% each year – who receive them.

“It won’t provide any more security of tenure to good tenants whose tenancies come to an end because a property is being sold, renovated or moved into by the landlord themselves.”

Instead it will now just be harder for a landlord to remove a disruptive and anti-social tenant from their rental property, which will also cause problems for neighbours and other tenants.

Likewise, the automatic rolling over of fixed term tenancies into periodic tenancies will give tenants greater rights over the tenancy of a property than the property owner and will have unintended consequences, King says.

“The impact on the student rental market will be substantial. It will throw current renting practices into chaos, reduce available student accommodation because others may move into student areas as houses become available outside term times and could lead to rent increases.”

He says the reforms will result in many landlords leaving the industry and that means fewer rental properties, higher rents and tougher tenant selection processes.

However, Minister Faafoi says the reforms modernise New Zealand’s out-dated rental laws and align them with present-day realities for the around 600,000 households which rent.

“The Government considers that every New Zealander should have a safe, warm, dry home to call their own – including if they are renting.

“Renters should be able to put down roots in their community and not face the stress of continually having to find a new home.”

Faafoi says the reforms get the balance right, correct problems in a proportionate way, place reasonable requirements on both landlords and tenants, and will endure changing market characteristics.

The bulk of the reforms will come into effect in six months to give tenants and landlords time to prepare for the new rules.

But the 12-monthly limit on rent increases will come into effect earlier in a bid to help tenants who are struggling financially as a result of Covid-19. Rent increase notices given from the day after the legislation gets Royal assent will have to comply with the 12-month rule.

Meanwhile, King recommends that landlords should join a property investors association and learn how to select tenants properly because the ramifications and costs of getting it wrong have increased significantly.