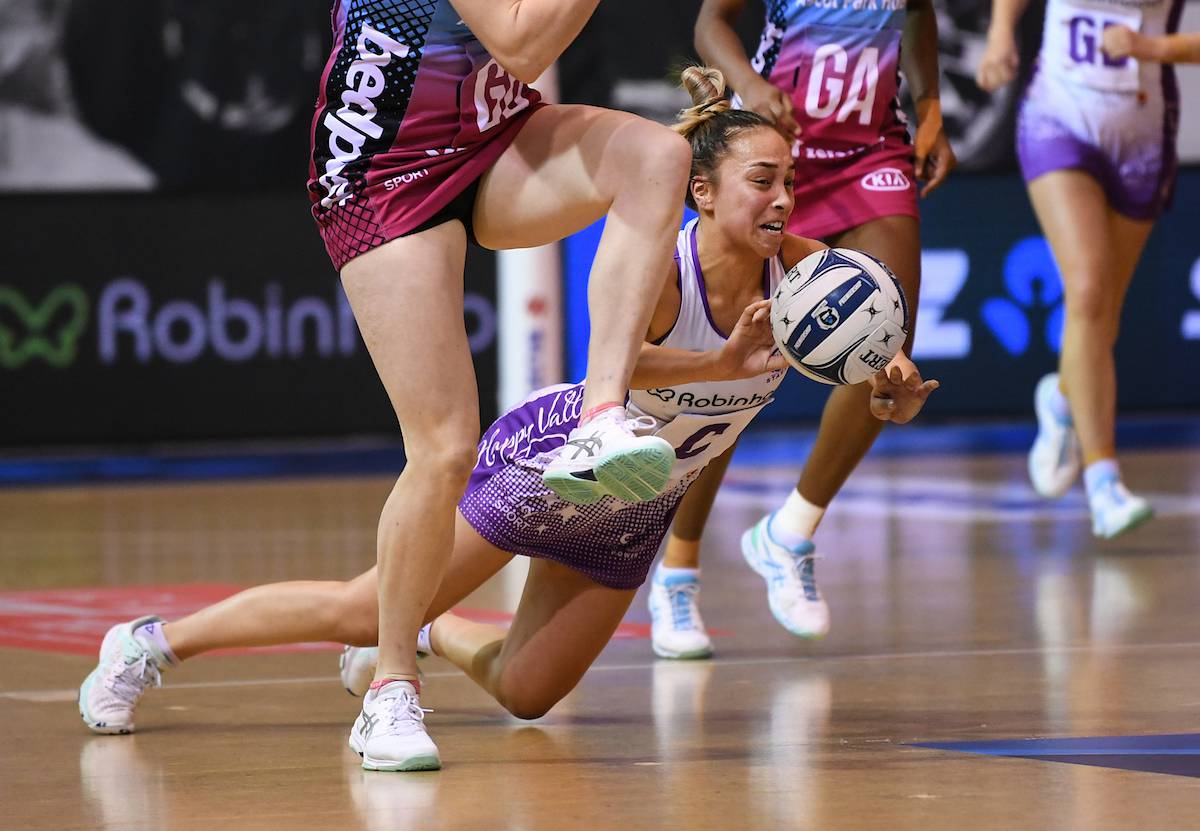 Shooting 39 goals from 39 attempts, Wilson carried her side to a 50-43 win over the Southern Steel, to stay in the mix for the race to take on the Central Pulse in the finale later this month.

The Stars will need to win their remaining three games to have an outside shot at making the final, and if they are to do so, Wilson will be the key – having had an incredible season for the Stars which should put the 22-year-old as the starting goal shoot for the Silver Ferns if any international games are played this year.

The Stars dominated the match from the get-go, limiting the Steel to just one goal in the final four minutes of the stanza of the first quarter. The Stars won the quarter 16-7, and the Steel never recovered, despite winning the second and fourth quarters.

“We came out to a great start and we were able to sustain that for most of the game.”

The introduction of Ellen Halpenny at goal shoot made a significant difference for the Steel in the second quarter. Despite having very little training with the team, Halpenny worked with Kalifa McCollin – recently recovered from an ankle injury – to create space for the feeders and the Steel won the quarter by two to reduce the deficit to seven at halftime.

The Steel had great accuracy, with the only missed shot in the first half coming from young shooter Kiana Pelasio, who was replaced by Halpenny for the second quarter after mustering only one attempt.

Silver Ferns midcourter Shannon Saunders was rested after the first quarter for the Steel, battling an injury to her neck. Kate Heffernan moved from wing defence to centre and was equally strong on attack and defence, ably supported by Gina Crampton at wing attack, but the Stars’ low turnover rate – and Wilson’s flawless shooting – ensured the Steel, who had beaten the Mystics in their last outing, wouldn’t claim a second straight upset.

The Steel remain fifth on the ladder, four points above the Waikato-Bay of Plenty Magic, with the two sides meeting in a bottom of the table clash in Hamilton on Monday. Tomorrow afternoon, the Magic take on the Tactix and the Pulse face the Mystics.