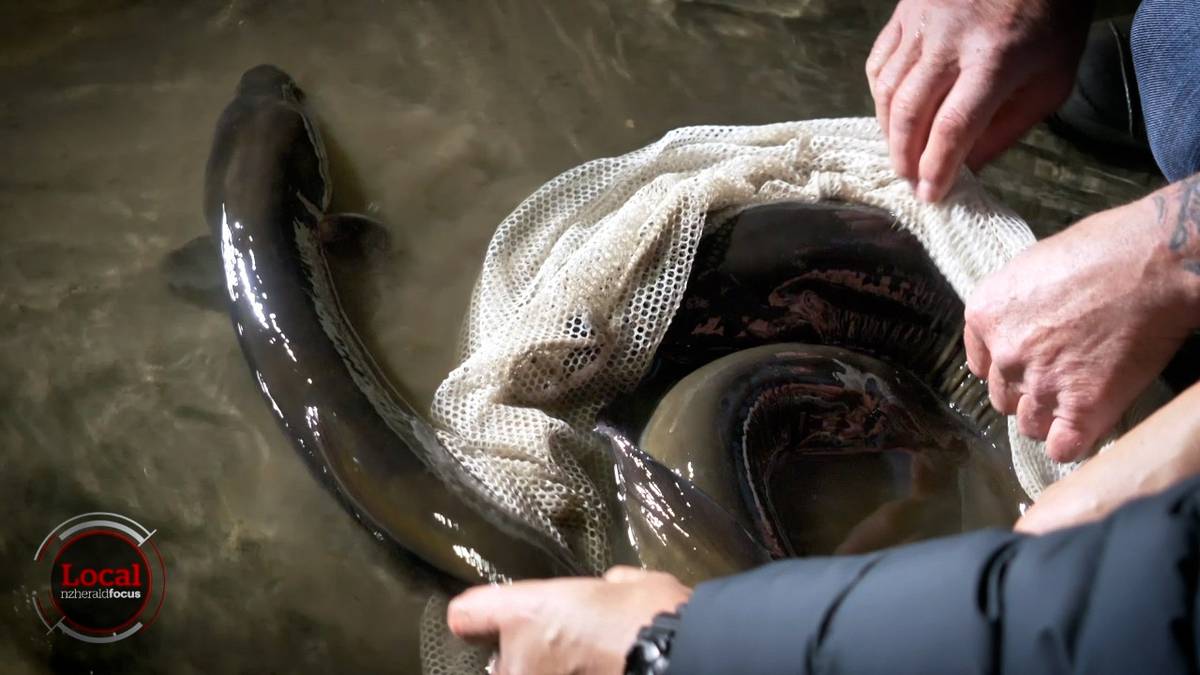 It could have been a disaster, but instead the benefits are appearing. One is Urban Eels, a platform on the He Ara Kotahi walkway allowing people to see and feed eels in their natural habitat.

The platform was opened in conjunction with a rāhui placed on the area protecting the eels from fishing. Something that conservationist Fiona Gordon has been working on for over a year.

“There are a few reasons why we don’t have so many tuna (eels) now,” she said. “That’s around habitat destruction of course.

“So it’s water quality, it’s about in-stream barriers that have been put in place over the years and it stopped tuna migrating. So these are all environmental issues that we’re busy working on throughout New Zealand.”

Once abundant in the Manawatū River, the eel population has been in decline since the 1970s.

“We do have a handle on our eel stocks in the Manawatū region and they are quite sad,” Paul Horton from Rangitāne iwi said.

“Tuna really are quite important in the whakapapa and the creation of speciation that we have in the Maui story. But for Rangitāne they were known as an eel people.”

A significant driver behind the project is Palmerston North City Council which in recent years has been developing paths and infrastructure along the river.

“The Manawatū River project is for the city to turn back towards the river,” parks planner Jason Pilkington said.

“We have got a 6km trail out to Linton here. This is probably the first time it has been opened up for 100 years over here so there is a lot of opportunity along that pathway to develop all kinds of areas of interest and this is the first cab off the rank.

“The following six months or so we will be delivering a pā site viewing platform further up around the corner.”

The Urban Eels platform is on the Turitea Stream a few metres from the entrance to the Manawatū River. Local councils hope visitors will learn why these beautiful slimy creatures are important to Māori and the health of local waterways.

Made with funding from