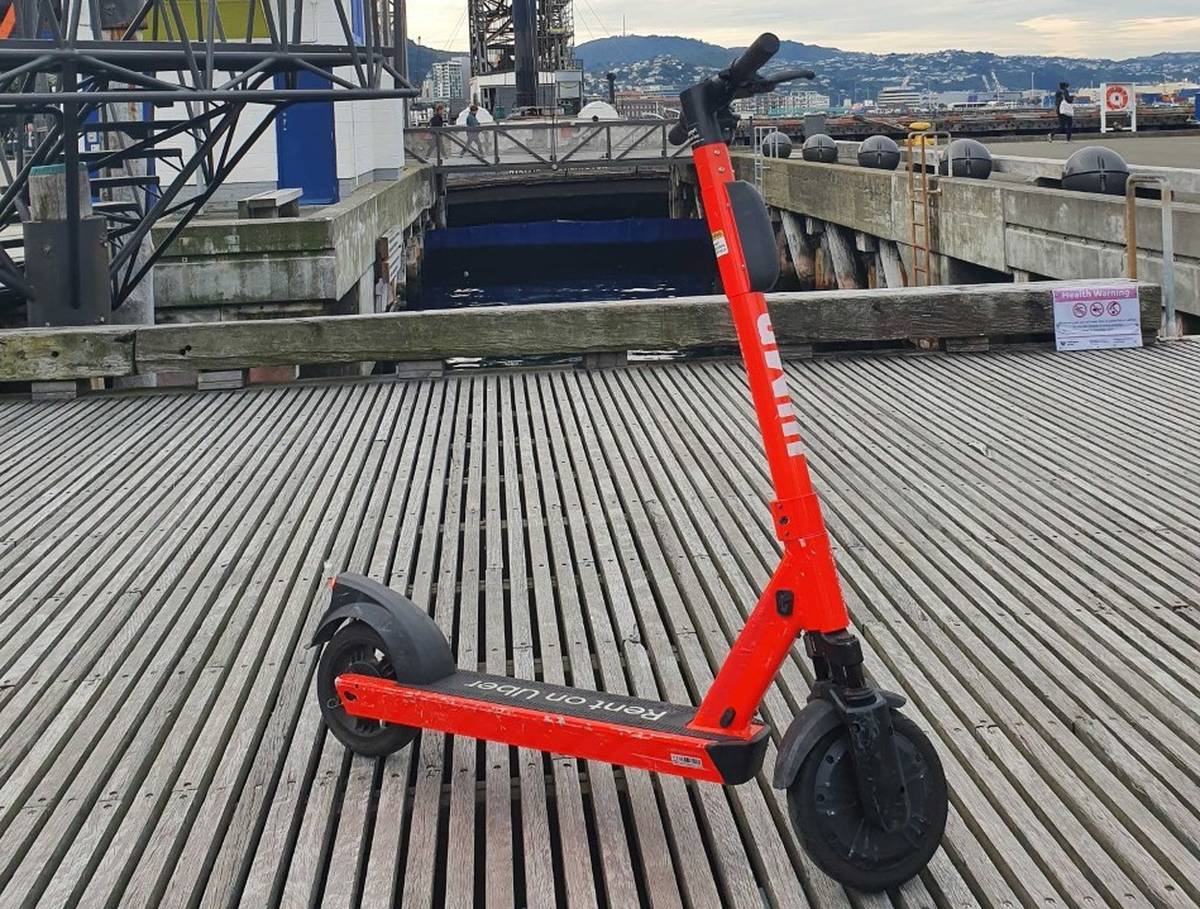 Jump e-Scooters will return to the capital tomorrow – but now owned by Lime rather than Uber.

A convoluted US$170m deal in June saw Uber sell its Jump e-bike and e-scooter division to Lime – but with a provision for Uber, which is already one of the largest investors in Lime (stay with me) to buy Lime outright in 2022. Its a brain-bender, but whichever way it ends up, Uber will be invested in one e-scooter brand rather than two within a couple of years.

The short story is that Jump by Uber is now Jump by Lime. The pandemic saw all e-scooters off Wellington streets in March.
The home-grown Flamingo returned in May under Level 2.

Jump’s return has been delayed by the Uber-Lime deal, then tinkering with software.

Mentjox said earlier that her company is angling to get both Lime and Jump by Lime e-scooters included in Auckland Council’s next licensing period.

A six-month licence to June covered Singapore’s Beam and Neuron, Flamingo, plus Jump by Uber.

Jump by Uber was sidelined from a three-month Covid-extension because of the Lime deal.

Auckland Council will announce by August 19 which contenders will be included in the next licensing period.

Lime gets a serve from Aussie regulator

Lime got the hard word from the Australian Competition and Consumer Commission yesterday, with the Aussie regulator saying: “Lime misrepresented to consumers that its Gen 2 (Generation 2) e-scooters were safe to use when in fact it did not disclose to consumers a safety issue it was aware of.”

Lime failed to report an excessive braking issue, caused by a software bug, that caused at least 50 injuries, the ACCC said.

Like other operators, Lime is off Aussie streets as a pandemic precaution.

“If Lime recommences its operations in Australia, it has also undertaken to supply only Gen 3 or other later models,” the ACCC said.

The braking issue saw Auckland Council order Lime scooters off the city’s streets for a month in early 2019.

Are there still second-generation Lime scooters in NZ?

“The sudden stopping issue that affected generation 2.5 scooters under very rare circumstances over a year ago, which is referenced in the ACCC undertaking, was resolved with firmware upgrades in March 2019.”

“Since that time, we have observed no additional incidents or firmware bugs of this kind and generation 2.5 scooters continued to operate safely in New Zealand and Australia.”

Since Lime lost its licence in November 2019, all of the operators have upgraded to the Segway Max or equivalent super-sized e-scooters – which also have longer range, better suspension and more stability than their predecessors.

Lime designs its models in-house, but the Gen 3 is similar in size and features to the Segway Max.