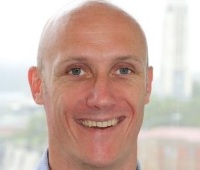 Steady declines in value growth are becoming evident – as QV’s latest data reveals – and that suggests the housing market’s resurgence could be coming to an end.

The July instalment of the QV House Price Index has the average national value increasing by just 0.4% over the past three months, leaving it at $739,151.

The region turned in year-on-year value growth of 5.1%, but that was down from the 5.4% growth seen in June.

QV general manager David Nagel says the data reflects a gradual decline in quarterly growth, with the vast majority of the big towns monitored showing a reduction in the rate of growth since June.

More importantly, three of the locations have actually shown a decline in value levels since the end of April, he says.

The uncertainty of the market, particularly in the face of the looming election, means there was some unusual data mixed in with the more predictable value trends.

For example, value reductions in tourist towns like Queenstown were forecast early, but the strength of Rotorua, which saw quarterly growth of 6.7%, was surprising and probably reflects healthy local tourism demand.

Nagel says while there’s plenty of hype around demand, New Zealand’s housing market resurgence appears to be coming to an end.

“A lot of commentators are looking at the strong annual value growth which is tracking well at 7.5%. However, what people need to be aware of is that most of that growth occurred in late 2019 and early 2020.

“The QV HPI quarterly data provides a better market barometer and the steady declines we’re seeing in value growth even before the economic stimulus initiatives come to an end, creates some concerns.”

Looking ahead, with the Government wage subsidies and bank mortgage relief packages scheduled to end soon, the property market could still be in for some hard times, he adds.

“With an ounce of luck, including keeping our borders secure, we may get away with just a 5% correction in property values by the end of 2020.

“That would be a great result given the exceptional value growth experienced throughout most of the country over the past two years. But there’s still a lot that can go wrong over the next few months and we’re not out of the woods yet.”

For CoreLogic head of research Nick Goodall, the three-month measure of QV’s index illustrates a more complete picture of value movements across the country.

Across the main centres it shows a general pattern of values plateauing since the strict level four lockdown. Since 1 May, value change has ranged from -0.3% in Dunedin to 0.9% in Hamilton, with Tauranga the key outlier at 2.5% growth over that time.

Goodall says that as New Zealand emerges from the lockdown, a new sense of optimism has emerged, but tempered with a note of caution as to what the near-term future holds.

“The support provided by the Government and banks doesn’t have much longer to run and, while there have been discussions about support being extended, that seems more likely to happen in the event of a Covid-19 outbreak.

“Anecdotal evidence is suggesting the share of people unable to resume paying their mortgage repayments is relatively low. The latest NZ Activity Index has shown economic activity in June essentially returned to the same levels as last year, a remarkable recovery from the level four lockdown in April.”

The main factor providing nervousness in the market is the forecast unemployment rate, he says.

“Many economists have scaled back their forecast peaks, however the rate is still likely to more than double, from 4% to almost 10%, which is a level not seen since the early 1990s. Small business health, and the transition away from wage subsidies, will be the key factors here.”

But Goodall says that, overall, demand for property is holding relatively firm at a time when supply is constrained.

“We remain wary of what September will bring, as much of the financial support runs out, however given the authorities’ commitment to financial stability we maintain a position of no-to-low negative value growth moving through the end of 2020.”