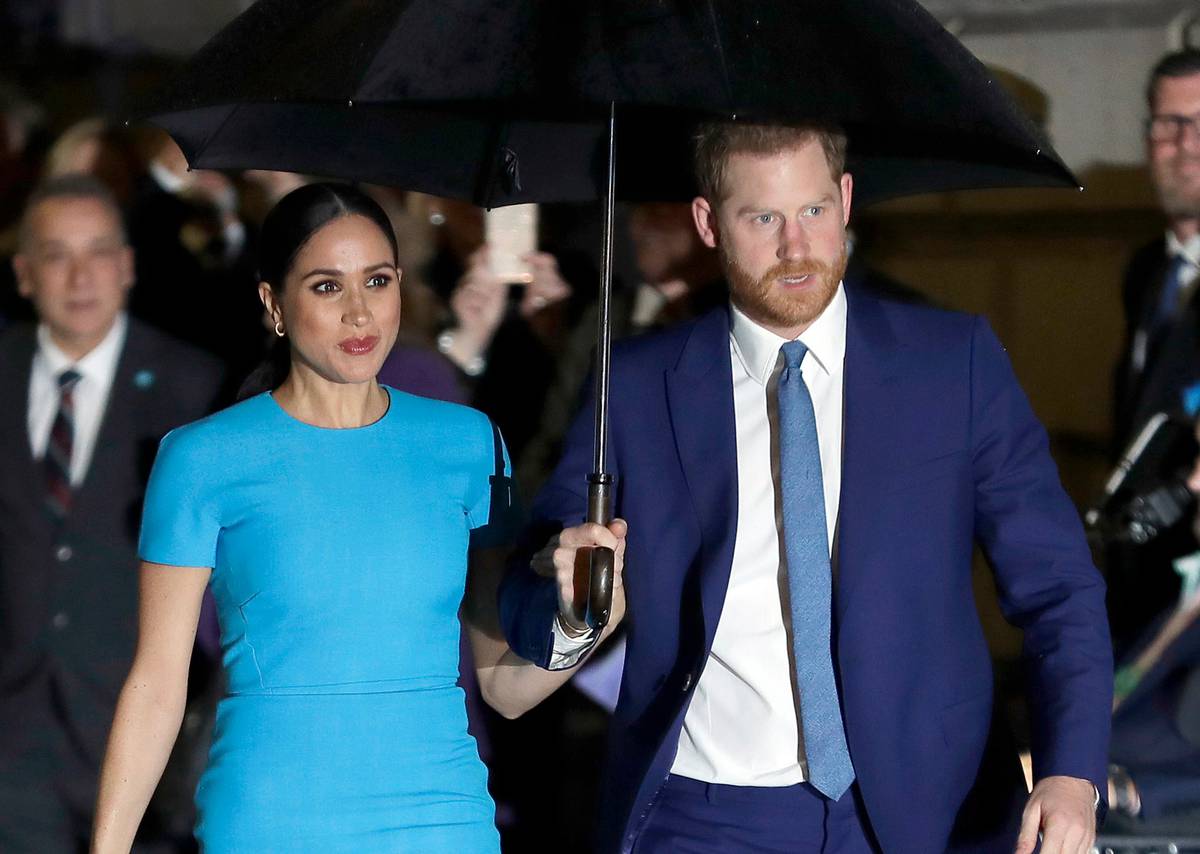 It has long been speculated Megxit was Harry and (mostly) Meghan’s long-orchestrated escape from a life neither wanted.

But according to the bombshell new biography about the most famous couple in the world, Finding Freedom, released today, their departure was far more sombre from Meghan’s side.

While many have speculated it was the former Suits actress, 38, who plotted their royal exit from the Firm, not wishing to live a life filled with stuffy royal duties away from her glamorous Los Angeles existence, authors Omid Scobie and Catherine Durand reveal it was Harry, 35, who craved a life of “normalcy”.

It even suggests Meghan was perhaps more willing to give her new life as a senior royal a go.

Prince Harry and Meghan, Duchess of Sussex, quit the royal family in January this year, with many blaming Meghan for being behind a royal rift between Prince Harry and his brother William, and slamming her modern approach to royal life.

The picture Scobie paints of Meghan’s farewell to her Buckingham Palace team, however, speaks volumes, as one full of sadness and longing for a different outcome.

The couple had previously publicly described their farewell in March as a “saddening” occasion for them and their staff, with Finding Freedom detailing the final words the duchess reportedly uttered.

According to the book, as Meghan and Scobie shared a farewell hug, she said: “It didn’t have to be this way.”

Meanwhile, Durand and Scobie claim they had been aware for a long time of how much Harry wished to lead a somewhat normal life.

The author gives an example of a “small drinks gathering” where the duke reportedly told Scobie he wanted to be “just a normal guy who could pack up and spend a year in Brazil pursuing his own passions” and said he “hated” smartphones being thrust in his face.

His desire for a life away from regal pressures grew stronger in light of the media’s obsession with their every move as senior royals.

Scobie went on to describe Harry reading a tabloid story online about their Christmas plans, saying he was “disgusted” at the way he was portrayed. Most notably, the way he was being attacked in the comment section.

“Harry instantly regretted opening the link. His stomach tied into the same knot every time he saw those sorts of comments,” it reads.

The eagerly awaited book Finding Freedom: Harry And Meghan And The Making Of A Modern Royal Family explores the couple’s decision to move across the pond and set up North America.

It’s been widely reported the royal couple gave their blessing for the biography, despite not giving direct interviews.

While a spokesman for Harry and Meghan said the pair did not contribute to Finding Freedom, he did not deny content that was included in early extracts from the book published by the Times.

The spokesman said: “The Duke and Duchess of Sussex were not interviewed and did not contribute to Finding Freedom.

“This book is based on the authors’ own experiences as members of the royal press corps and their own independent reporting.”

The reasons behind the couple’s exit from the royal family were also revealed by an insider who told the Sun: “The seeds of Megxit were sown before they even got married. The truth is that Harry had been deeply unhappy for a long time.”

“He and Meghan openly discussed going in a different direction well before they got married,” the source said.

Earlier this year when Harry was pranked by two Russian hoaxers who pretended to be environmental activist Greta Thunberg, he spoke of the couple’s big move.

The pair are currently holed up in Tyler Perry’s A$27 million ($29.36m) mansion in Los Angeles with their 1-year-old son Archie.