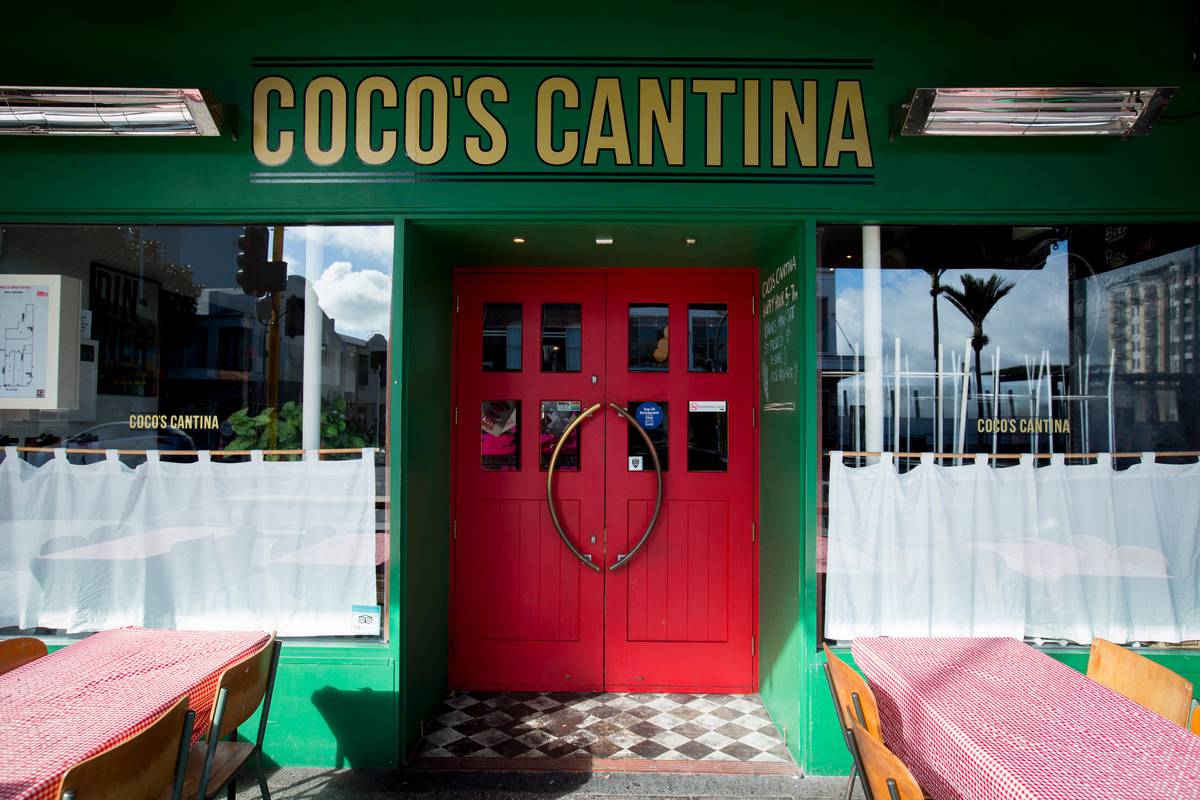 Auckland restaurant Coco’s Cantina is considering a name change after being accused of appropriating Latin culture.

It comes days after the eatery’s co-founder accused a competitor of appropriation.

On Sunday, the Herald reported that Coco’s Cantina co-founder Damaris Coulter had accused Auckland restaurateurs Tom Hishon and Josh Helm of appropriating the Māori word for king in their new Britomart restaurant.

Hishon and Helm – who own Orphans Kitchen – have always maintained the name kingi is a colloquial shortening for kingfish.

But in several heated Instagram comments, Coulter accuses Hishon of “ignoring” the concerns of Māori over the name.

In response, Renee Coulter, posted on Instagram yesterday that they are having conversations about changing their name this week.

“One of the Kingi advisors [to Hishon and Helm] asked us to respond to his concerns around the name of our restaurant, as he and others find it offensive,” she wrote.

“If our eatery name has ever offended anyone, we are deeply sorry, we have never intended to ever upset, offend or disrespect anyone, and it’s important that we understand if we have.”

Coulter clarified to the Herald today that her sister Damaris no longer owns or manages Coco’s Cantina, but accepted her sister’s comments were naturally associated with the restaurant.

“Some of the Latin and South American community reached out – not a lot – and said ‘we felt like the name was a bit off’ and ‘we wondered if you were of South American descent?”

Today The Sunday herald did a story on the naming of restaurant @kingi_britomart and mentioned the concerns that our co-founder and ex owner Damaris had bought to them around the naming of their restaurant. One of the Kingi advisors asked us to respond to his concerns around the name of our restaurant, as he and others find it offensive. “Cantina” is a internationally used name that describes a pantry, wine cellar, kitchen store room, wine bar, food store, or food and drink establishment and many more. “Coco’s” is a female figure who took inspiration from french women Coco Chanel, as we wanted to give the Space a feminine energy. If our eatery name has ever offended anyone, we are deeply sorry, we have never intended to ever upset, offend or disrespect anyone, and it’s important that we understand if we have. We understand the world is changing and we need to change with it, maybe this means we need to change our name? This isn’t a fight between Coco’s Cantina & Orphans Kitchen, we loved their breakfast crumpets & shared hospo yoga space & like us, they have worked hard as owner-operators in this ruthless hospo scene, its not even about restaurants, it’s highlighted a much bigger conversation that all of us need to engage in and we welcome this conversation. We’ve always been vocal about social justice, equality and advocacy so we invite these conversations and are happy to sit at the table to discuss these critical issues and find positive ways to move forward. Maybe some of you can help facilitate these conversations?? Maybe @eat.newzealand @thespinofftv @nzhviva @metromagnz @deconstruct_nz @_annyma @radionewzealand @ngaarahuink @tekurudewes @actionstationnz @nzhumanrights @purenewzealand could help us engage a wider conversation? 🙏🏽🙏🏽🙏🏽

Renee said she did not have a problem with the name of the kingi restaurant, set to open in October.

“Having a conversation is important. People brought their concerns to her [Damaris] because she has a profile and is in hospitality and wanted to bring those concerns to the right people which she tried to do.

“Coco’s is much more than a name.”

Māori cultural design specialist Anzac Tereihana Tasker provided advice around the use of the word kingi for Hishon and Helm’s new restaurant.

Tasker was among those who contacted Coco’s Cantina directly to express his own dissatisfaction with what he saw in the restaurant’s own cultural appropriation.

“The irony of this whole journey is that with Coco’s Cantina, there’s actually a lot of cultural appropriation happening from them,” Tasker said.

“One is they’re not Italian but they’re practising Italian cuisine. The other one is cantina is a word that derives from Spain that’s used.”

Tasker said Hishon and Helm had endorsements to use the name from many Māori cultural experts, and the pair made connections with kingitanga and mana whenua to get their blessing to use the kingi name.

‘Her [Damaris Coulter] demand was to still change it.

“For me, I get really concerned when non-Māori feel like they don’t have a position to defend themselves because they’re not Māori even when they’re not in the wrong.

“That’s why I felt comfortable to support him [Hishon] and gather expert advice.”

Tasker did stress his issue is really with Damaris Coulter and not Coco’s Cantina, who he believed were getting unfairly dragged into the appropriation debate.

Damaris Coulter told the Herald the restaurant she founded “is always changing” and has always “always invited conversations” around its culture, art and intellectual property.

“If people are hurt, offended or have concerns around the name of the restaurant, Coco’s always wants to hear from those people and work through finding out why, and ways to find harmony, and if need be, Coco’s would always be willing to change,” she said.

Damaris also stressed that her main issue with Hishon was she believed he hadn’t engaged with Māori concerns expressed to him – not the name kingi explicitly.

“I think what has been missed in this ‘Kingi’ conversation is that the people who were asking for the conversation to be opened up were shut down and ignored,” Damaris said.

“People were just asking to be heard and considered, no one was looking for a fight.”