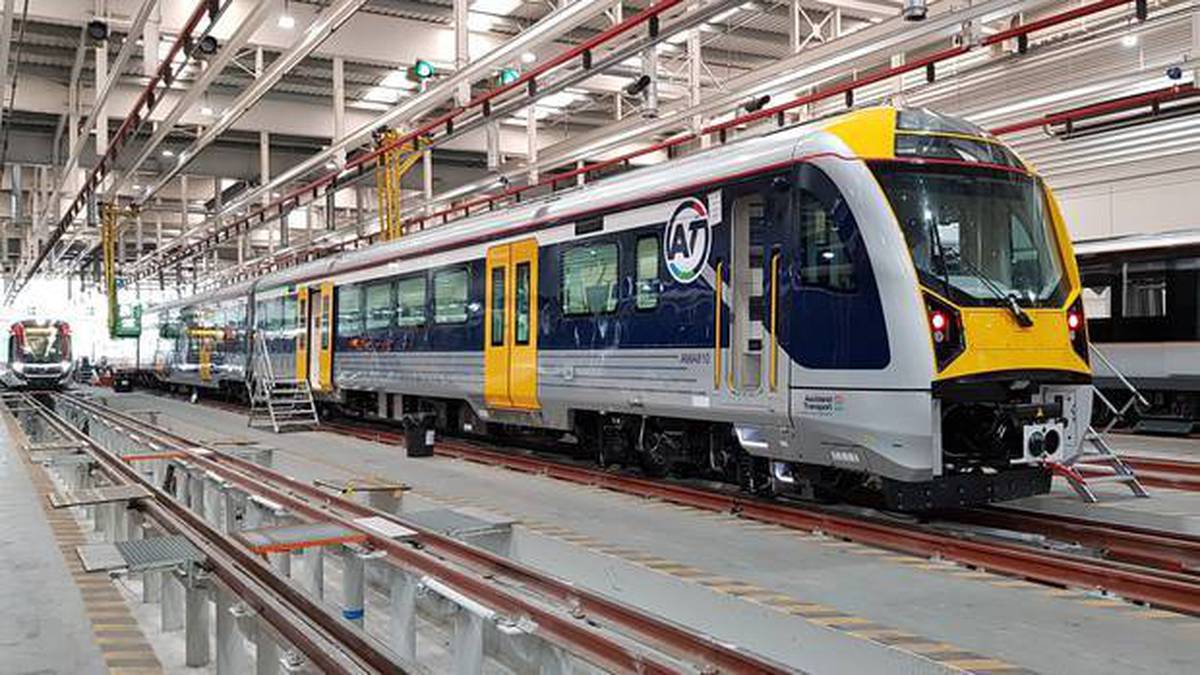 From Monday, track speeds will be lowered from 80 to 40km/h so commuter trains can continue to operate safely in the meantime.

Journeys will take longer and fewer services will be able to run during the morning and afternoon weekday peak travel periods.

It’s possible changes will also be made to the frequency of train services at other times of the day, and at weekends.

The issue was discovered following testing across the network over the past six months using technology that’s like an ultrasound for steel.

It occurs when stress created by contact between rail and the rolling wheel of a train causes cracks in the track, which continue to grow.

KiwiRail Group Chief Executive Greg Miller said the work was anticipated as part of the $1 billion programme to modernise the network and prepare it for the growth that will come with the City Rail Link.

But that work has now been brought forward.

“Following our testing we are accelerating our programme of replacing the most worn sections of rail and resurfacing less damaged sections, Miller said.

“We are equipped and ready to resolve the issue with the necessary rail already in the country and staff available to lay it. Specialist rail grinding equipment, which will be used to remediate some of the rail, will arrive from Australia shortly.”

KiwiRail reported tests across the national network have only found isolated instances of rolling contact fatigue in other high use areas including the Wellington metro network and on the East Coast main trunk between Hamilton and Tauranga.

Miller apologised for the disruption and acknowledged the situation would be frustrating for commuters.

He said unfortunately track closures would be required from time to time and KiwiRail would be working closely with the train operator to minimise disruption as much as possible.

“Stopping trains allows our teams to work nights, weekends and public holidays to carry out the repairs.”

Miller said the Government’s current Covid-19 measures in Auckland may provide them with an opportunity to start work sooner.

More than 22 million commuter journeys are made on Auckland metro annually. It also carries six million tonnes of freight a year.

Auckland Transport Integrated Networks Executive General Manager Mark Lambert said work was underway with Transdev to rework timetables to offer services every 20 minutes across the day, other than early morning and late evening.

That’s a significant change from current services which run every 10 minutes at peak weekday times.

“We hope to add some extra services at peak times to ensure that we can meet passenger demand, but this speed restriction will unfortunately mean longer journey times for all our customers of up to 50 per cent for this temporary period”, Lambert said.

“We are working closely with KiwiRail to ensure the track infrastructure is ready for the future demands that will be placed on it that will continue the transformational journey of rail in Auckland with the opening of the City Rail Link.”